Sometimes we're not so interested in the thing our data measures, as we are in how it changes over time. Sea level is interesting, but how fast it is changing over hours and years is even more so. Population of a town is important, but how fast it is going up or down is a critical economic indicator. Customer purchases are informative in their own right, but whether customers are making those purchases less often is a strong signal for predicting whether they'll leave you.

You can also do this with data measured across different positions. Elevation data is useful, but how elevation changes as you walk tells you how steep the terrain is and is a very important factor to keep in mind as you plan your hike.

To calculate rate of change, you'll need a series of measurements made at regularly spaced intervals of time or distance. (There are methods for dealing with irregular intervals, but that will be the topic of another post.) For our example, we'll measure the temperature, x, at different times, t, to find the temperature change per hour, v. We'll make those measurements at intervals of 1 hour.

Temperature data has lots of uses, but we are trying to choose what to wear outside today, so we're interested in answering the question of whether it's getting warmer or cooler right now. What's the rate of change of temperature at this moment?

The current time is t_0. We would like to know if the temperature is going up or down and how fast.

There are a few different ways to get at this. We can't measure it directly. The notion of rate of change comes from calculus and derivatives, and the only way you calculate it directly is to have measurements infinitessimally close together. Our measurements are an hour apart, so we're just going to have to do the best we can with that. We'll look at three methods: forward difference, backward difference, and center difference. 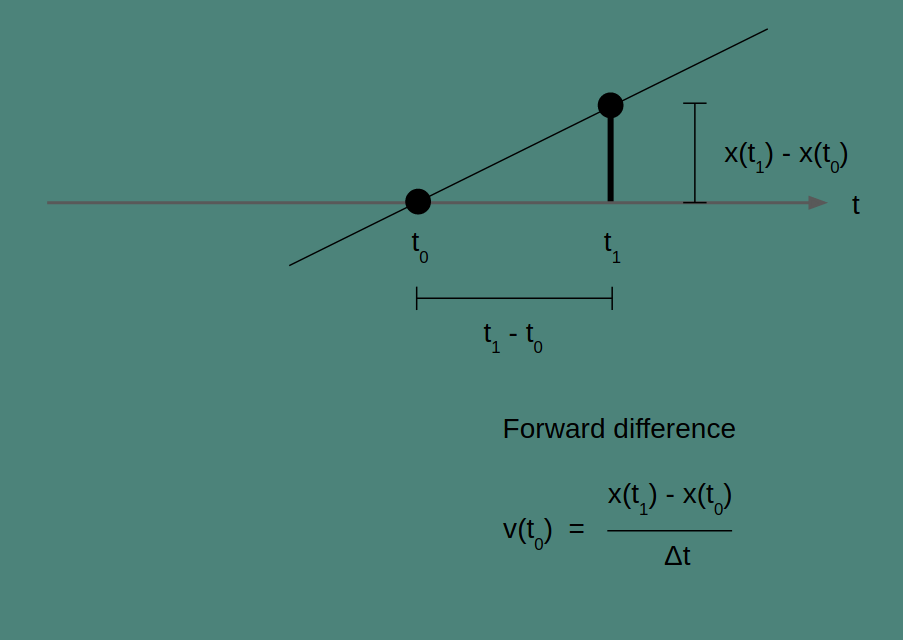 All three of these methods can be understood as drawing a line through two points and finding the slope of that line. How they differ is in which two points they use. Forward difference uses the current point, at t_0, and the next, at t_1.

The slope of our line is the change in x over the change in t for any pair of points. For the two points we've chosen, this gives us the equation for v(t_0) in the figure above.

The Python implementation of this takes advantage of Numpy's diff(). It subtracts every element in an array from the one that follows. For a sampling interval dt, the forward difference of the array measurements is np.diff(measurements) / dt. 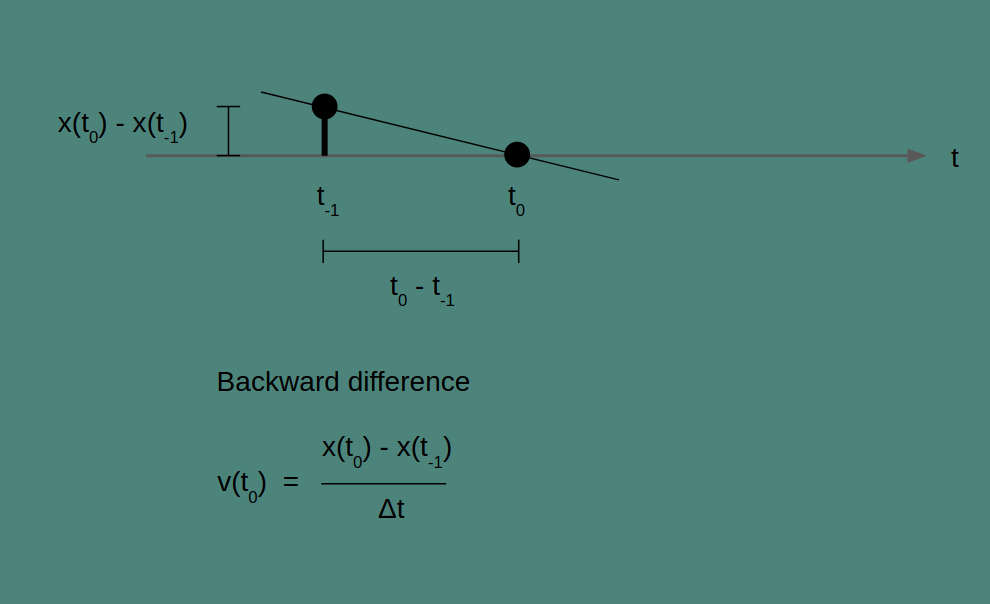 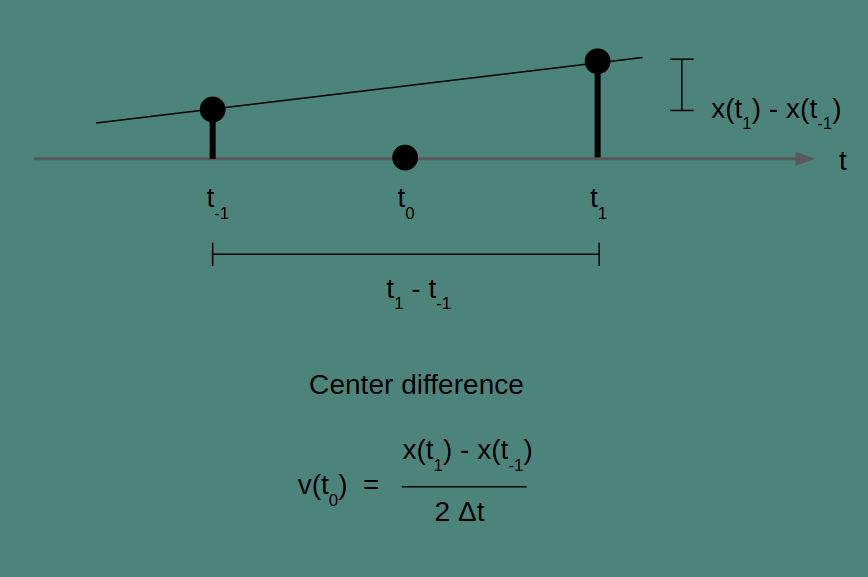 When to use which

The center difference has a lot to recommend it. It's my first choice whenever I can use it. Because it is centered around the time of interest, it’s not biased in the direction of future or past events. And because it incorporates measurements over a longer time period, it’s more accurate.

Sometimes, center difference isn’t an option. If you are at the beginning or the end of your time series, then you will be stuck With forward or backward difference. A common situation is when you want to estimate the rate of change of something going on right now. In that case, we don’t have any future measurements because they haven’t happened yet. When you’re in that situation, backward difference is a fine way to go.